The story of the opera "Road" tells the story of two generations of victors represented by Gao Rutai and Gaohang's father and son in the Shengli Power Plant,

a large state-owned enterprise on the coast of Bohai Sea that grew up with New China, in order to realize the dream of domestically made heavy truck engines. A story of perseverance.

The original opera "Road" of the Central Opera House takes the times and realism as the background of large-scale industrial themes.

Through the growth of a large state-owned enterprise that produces engines, it reflects the continuous development of China's industry.

The opera "Road" originates from life, but it does not stop at life. It uses life as a blueprint to continuously draw inspiration for creation.

Chinese manufacturing companies have gone through hardships and hardships, and the image of workers who are still forging ahead deeply touched every audience present.

Every role played on the stage is the epitome of heroes who contributed to the development of China's roads in that era.

After the Central Opera House "Road" premiered in Beijing in October, it absorbed opinions from all parties and carried out a comprehensive upgrade and improvement from the script, music to the stage.

The creative achievements of the Central Opera House are presented to the audience with more mature stage effects. 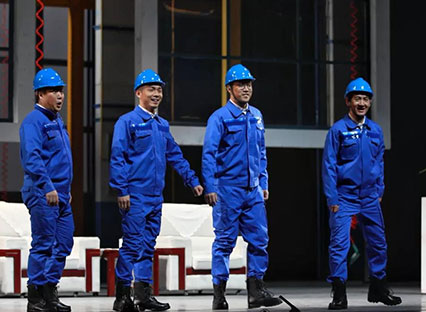 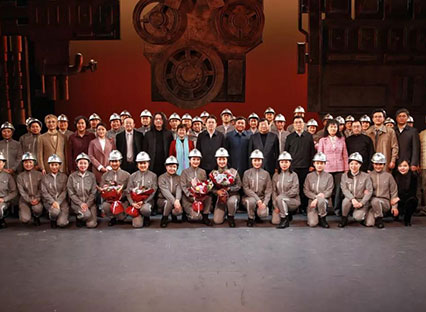